Get fresh music recommendations delivered to your inbox every Friday.
We've updated our Terms of Use. You can review the changes here.

Shade Rather Than Light: Anthology | One 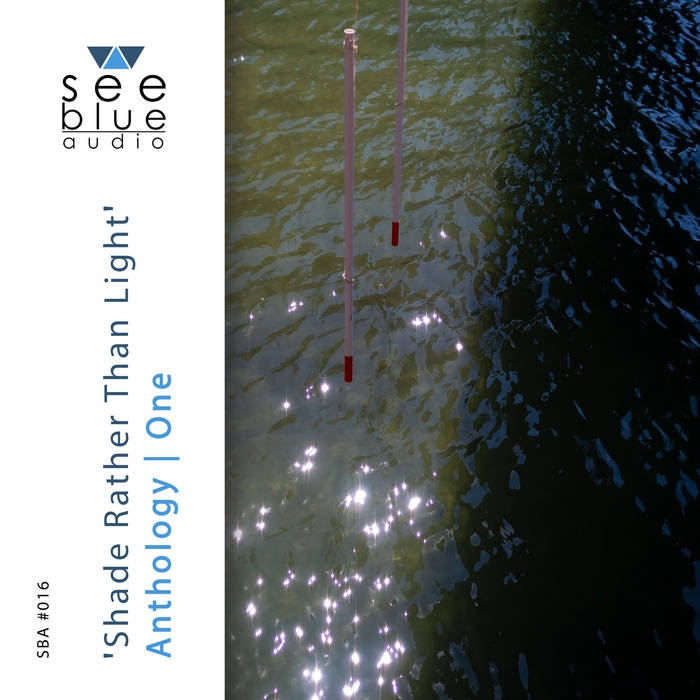 *** 'See Blue Audio Anthology One Mix', a continuous DJ mix from Fragile X featuring tracks from the See Blue Audio catalogue, is included with 'Shade Rather Than Light: Anthology | One'. The full quality WAV version will be sent to purchasers on request. ***

On March 1, 2019, See Blue Audio was launched with the inaugural release coming from Romanian producer Gabriel Slick. Using his Gabriel Slick, RoboCrafting Material guise reserved for the more experimental and ambient side of his tech house and techno sound, the four-track ‘Contact’ EP with its futuristic soundscapes perfectly illustrates the See Blue Audio ethos of ‘shade rather than light’.

Two years on to the day, the label’s second release of 2021 sees the return of Gabriel Slick, RoboCrafting Material with ‘Dream Catcher’, an exclusive new track only available as part of the first See Blue Audio compilation, ‘Shade Rather Than Light: Anthology | One’. The concept is simple: take one track from each release on the label to represent the full spectrum of music on See Blue Audio so far. Completing the picture is ‘Dream Catcher’ as the sixteenth track on the sixteenth release, which closes the first cycle of the label.

All seven artists are represented ranging from the deep techno and ambient dub of Gabriel Slick and the mysterious Khuenzz to the ambient textures, glitchy electronics and modern classical overtones of Steve Hadfield and Fragile X. The cinematic qualities of f5point6 and shadowy ambience of Mink Freud have added further dimensions to See Blue Audio, while the recent ‘Nature in Nature’ EP by Simon McCorry with its atmospheric improvisations and analogue modular synthesis has provided a fitting soundtrack to the ongoing coronavirus pandemic and strange times we are living in.

One of the principles of See Blue Audio is that every release should include at least one beatless track or remix, and these are also represented on ‘Shade Rather Than Light: Anthology | One’ with tracks like ‘Hawksmoor’ from Mink Freud’s ‘In Isolation’ EP and Simon McCorry’s ‘Prometheus’. All of which leads to ‘Dream Catcher’, and this new track both complements and contrasts the existing catalogue.

Approaching eight minutes in length, ‘Dream Catcher’ utilises many of the cosmic and otherworldly sounds found on the ‘Contact’ EP, wrapping them in gentle ambient waves and harp-like melodies, but this track is also a journey through the producer’s influences and inspirations. Old school vocal samples and piano chords hint back to the days of early house, while the track bursts into life with an infusion of drum ‘n’ bass and dubstep patterns before floating back out to space. The rich history of electronic music is also a vital reference point for See Blue Audio.

As well as ‘Dream Catcher’, there is also a continuous DJ mix from Fragile X included with ‘Shade Rather Than Light: Anthology | One’, and the accomplished producer and force behind the Bricolage imprint takes a journey through the See Blue Audio catalogue. At least one track from every release is included in a meticulously crafted and immersive mix, suffused with re-edits and effects, that traces the evolution of the label. At times dramatic and at others dreamlike, it’s a swirling mass of musical currents, and runs for almost 80 minutes to capture the vibe of a mix CD. One for the headphones for sure.

March 1, 2021 may represent the closing of the first cycle of See Blue Audio, but new music is already scheduled. Alongside the existing roster, the coming weeks will see the release of the album ‘Final’ by Berlin-based producer Bagaski, who brings his lo-fi and exotic synth sensibility to the label, and the debut release from Versylen following his recent collaboration with f5point6 on ‘Tetrahedron of Forever’ from ‘KaleidoSound: Time, Shape & Space Vol. 1’. The second cycle of See Blue Audio begins.

Bandcamp Daily  your guide to the world of Bandcamp

The Hammer and The Relentless from the Boston band Malleus stop by for a chat.